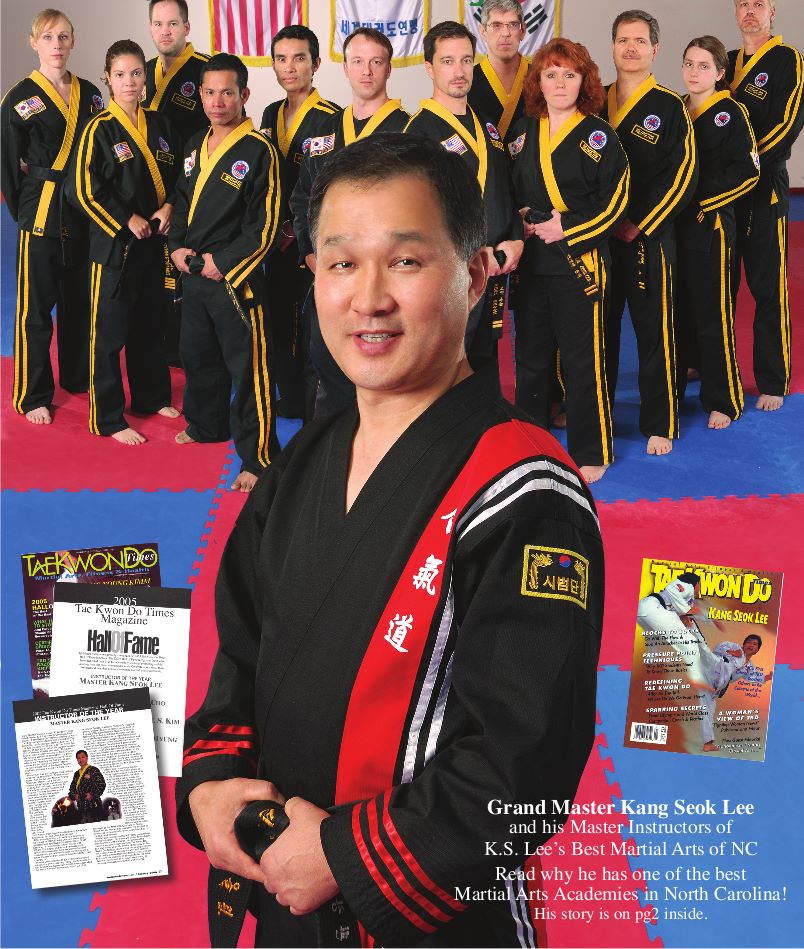 Grandmaster Kang Seok Lee grew up in a small village in southern South Korea as the third of eight children. He started his training in Tae Kwon Do when he was seven years old because his parents thought he had potential in sports, even though they felt he needed to get stronger. Tae Kwon Do was an obvious choice as the national sport in South Korea! He trained with Grandmaster Seung Wan Lee, and received his 1st Dan in Tae Kwon Do when he was 11 years old. Shortly after that decided to start taking Hap Ki Do, as well, since he wanted to “do something even tougher.” He liked it so much that he eventually won the World Hap Ki Do Championship title, in 1974.

Even with all of his training in the martial arts, his biggest aspiration was to take after his father and become a politician – he was student body president in middle and high school, and he actually aspired to become president of South Korea! However, the natural course of his family’s events put him in a position where he needed to work to help support and educate his younger siblings. A dream he and his siblings had was to live in the United States, because in global terms, it was much easier to make enough money to support a family, and the education was better, so he and most of the clan moved to North Carolina and Virginia in the 1970s. In 1986, he married his wife, Nan J. Lee, and subsequently had two daughters, Stephanie Lee and Adrian Lee.

In 1986, he decided to open this school to help children and adults in the Triangle through teaching them the disciplines of Tae Kwon Do and Hap Ki Do. He’s also been a big proponent of giving back to the community. This has included hosting and sponsoring many events focused on children, including benefits for N.C. Amateur Sports (Raleigh Civic Center, 1992), Make-A-Wish Foundation (1989-2002), and Duke Children’s Hospital (2005, 2007). Also, through the years, his generosity and involvement has earned him multiple awards, including “Honorary Mayor of Clinton, NC,” “Honorary Citizen of Fayetteville, NC,” and “Thanks from Cary.”

Grandmaster Lee currently holds a 7th Dan in both Tae Kwon Do and Hap Ki Do, and has been internationally active in the use and promotion of these martial arts in the sports and combat arenas. His varied and impressive C.V. includes: